Chairman of the Board

Henry Fayne has more than 30 years of experience with American Electric Power (AEP), one of the largest electric utilities in the United States. From 1974 to 2004, he held positions in finance and operations. Most recently, he served as Executive Vice President of Energy Services and was responsible for transmission, distribution and customer service operations for the AEP system. He also served as Chief Financial Officer and Executive Vice President — Financial Services and was responsible for financial planning and budgeting, risk management, internal audits, accounting and treasury functions. After retiring from AEP in 2004, Mr. Fayne has been providing advisory and consulting services to various energy-intensive industrial companies. Mr. Fayne is a director of JPMorgan Infrastructure Investments Fund; he has served as a director of Summit Utilities since 2014. Mr. Fayne holds a Bachelor of Arts degree in economics from Columbia College of Columbia University and a Masters of Business Administration degree from the Columbia Business School.

Kathy Alexander is an Arkansas native and former advisor at the Roberts Law Firm in Little Rock, Arkansas, prior to retiring in July 2017.

Kathy brings a wealth of experience in Arkansas and in the field of natural gas to the board, having held positions as Attorney and Corporate Officer for Southwestern Energy Company, Senior Vice President and General Counsel to CenterPoint Energy Arkla, and having represented corporations before state regulatory commissions, the Federal Energy Regulatory Commission, and in state and federal courts.

Kathy has also served on the Alternative Fuels Commission, the Entergy Arkansas Advisory Board, as a Special Member of the Alcohol Beverage Control Board and as a Special Justice on the Arkansas Supreme Court. In addition, she was appointed by the Arkansas Governor as the Utility Representative to the State Energy Advisory Board and is active in her local and state-wide community.

Prior to joining Summit Utilities, Inc, Mr. Adams served as the Chief Development Officer at SunEdison and First Wind (which was purchased by SunEdison in Q1 2015). At First Wind and SunEdison, Mr. Adams led utility scale renewable energy development. Prior to joining First Wind, Mr. Adams was Chairman of the Maine Public Utilities Commission from 2005 to 2008, where he served as Maine’s primary energy regulator. As Chairman, he served as a member of the New England Conference of Public Utilities Commissions, the National Association of Regulatory Utility Commissions (NARUC), the NARUC Electricity Committee, and the NARUC Competitive Procurement Committee. He was also Maine’s representative on the New England State Committee on Electricity. Prior to his position with the Maine PUC, Mr. Adams was Governor John Baldacci’s chief legal counsel from 2003 to 2005. Before joining the Governor’s staff, Mr. Adams was a non-equity partner in the law firm of Bernstein, Shur, Sawyer & Nelson in Portland, Maine. At Bernstein Shur, Mr. Adams was the Vice Chairman of the firm’s energy practice. Mr. Adams represented independent power producers in all facets of project development. Mr. Adams also represented national and international private and public sector clients on energy projects, and lenders on energy project financings.

Kurt holds a B.A. in Government from Skidmore College, an MA in International Affairs from George Washington University and J.D. from the University of Maine Law School.

Mr. Gilbert is a Managing Director and an Investment Principal for the Infrastructure Investments Group at J.P. Morgan Asset Management – Global Real Assets.

Mr. Gilbert joined J.P. Morgan from Centrica, PLC’s US subsidiary Direct Energy, where he headed the company’s power generation operations and corporate development. Under his leadership, Direct Energy significantly improved operations of the existing portfolio and developed strategies for upstream gas and power investment while investing over $1bn in North America.

Prior to Direct Energy, Mr. Gilbert spent five years at International Power, PLC as Vice President – Business Development focusing on expanding IP’s North American business through acquisitions and asset development. Mr. Gilbert also spent ten years at PSEG in corporate development within the company’s power generation business where he led the expansion of the company into New England, developed several new generation facilities and was a key member of the integration teams for the PSEG-Exelon transaction.

Mr. Gilbert began his career at General Electric after completing a BSME at the University of Massachusetts.

Cheryl Campbell has more than three decades of experience in interstate pipelines and utilities including spending14 years at one of the nation’s largest electric and gas utilities, Xcel Energy. Ms. Campbell developed Xcel Energy’s risk management, regulatory and operating plans for its gas assets while improving operating and financial results across the enterprise. She also implemented a more sustainable footprint for gas operations, aligning with their overall strong environmental programs. Most recently, she served as Senior Vice President of Gas and built a strong and engaged team at Xcel Energy that is recognized throughout the gas industry. Prior to her roles at Xcel Energy, Ms. Campbell worked for El Paso Corporation with a variety of roles in regulated and unregulated businesses, including strategic planning, operations, technical, financial and customer focused areas. Ms. Campbell was named one of Denver’s Top Women in Energy 2014 and awarded the Natural Gas Leadership Award in 2019 for her gas industry leadership. Ms. Campbell holds a Bachelor of Science degree in chemical engineering and business from the University of Colorado at Boulder and a Masters of Science degree in finance from the University of Colorado at Denver. 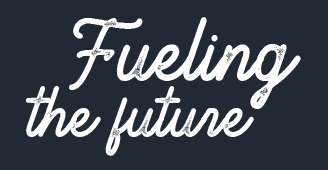